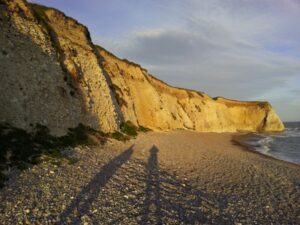 One of my first short scripts was given life as a rehearsed reading at The Birmingham REP.

The production was part of a programme of new work by writers on The REP’s Write Away course – for 15 new and emerging playwrights in the region.

Midlands professional actors Jilly Bond and Tom Roberts played the roles in this 2-hander to an invited audience – directed by The REP’s Associate Director, Tessa Walker.

The title was reflective of the term that used to used in the 1970’s for a cupboard under the stairs.  Hilariously, we were all oblivious until after rehearsals that the term has a more base connotation in current usage!