Voices from the Ashes 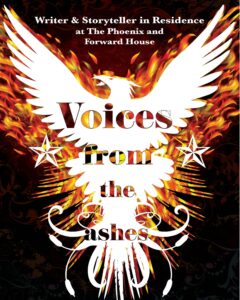 In the summer of 2014, with sponsorship from the Arts Council, Jane created The Voices from the Ashes project to give a voice to those using the services of Birmingham and Solihull Mental Health NHS Foundation Trust.

As Writer & Storyteller in Residence, she worked in-house two days a week at The Phoenix Hub and Forward House, both in North Birmingham and supported by the NHS at the time.

Running storytelling workshops and one-2-one mentoring sessions in writing, Jane was able to creatively engage with a diverse range of people who visited these venues: service users, carers, and staff members.

Many of those who came felt that, because of their illness, their voices were generally never really heard, or understood. The ‘Voices’ project gave them a chance to tell their own stories…often for the very first time.

words rising up from darkened embers into the fire of life 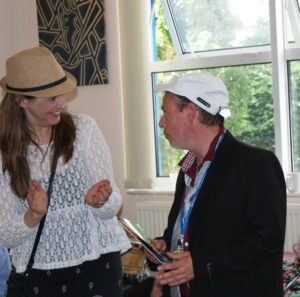 Working collaboratively, Jane helped the workshop participants create a collection of stories, poems, songs and monologues to show the courage, struggles, insight and humour of those who have to live with a mental health diagnosis.

The result was a high-quality print anthology – all 200 copies now sold or given to the wider community.

After voting on different titles, the popular choice for the book was Voices From the Ashes. It seemed a perfect fit. Often the stories that people told had emerged from the ashes of depression and disappointment in their life. Yet, just like the Phoenix bird rising up in the flames – they discovered they had voices that were vibrant and alive.

How It All Happened

the short film below records the highlights of the performance day

Here are some of the contributors as the book was launched at the Phoenix Hub. The anthology fulfilled the aim of this project… to give people who wouldn’t normally be heard…a voice. 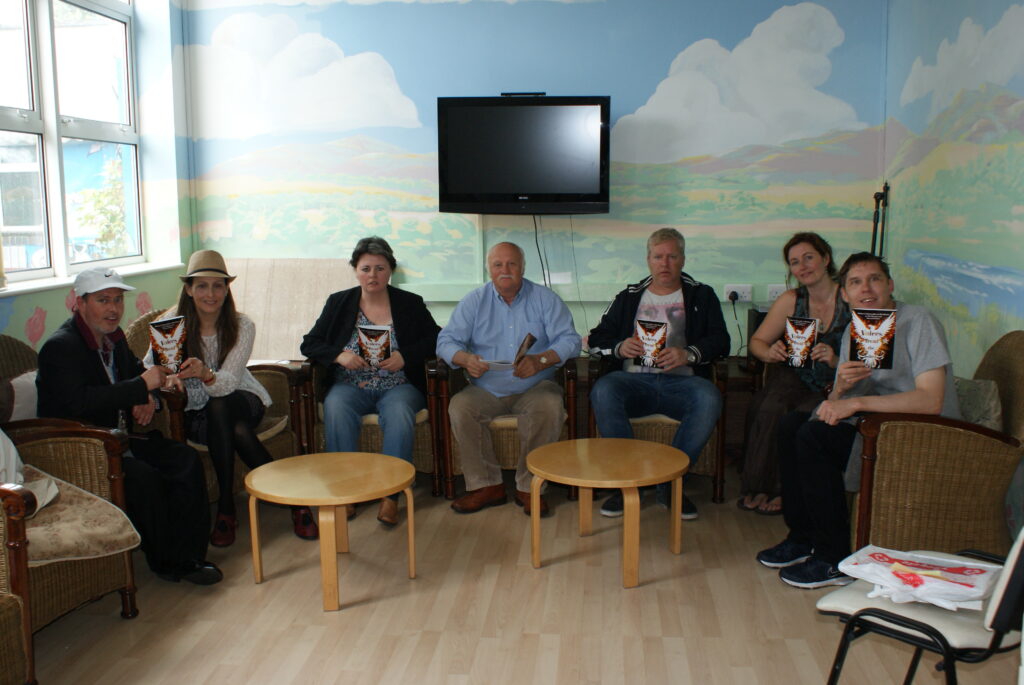 The support from Dirk Speksnyder (manager of The Phoenix Hub) and also Elaine Massey, manager of Forward House, was invaluable for this project.

Special thanks also goes to team members who helped Jane at the premises on a regular basis…Annette, Sandra, Tom, Donna, Sarah and Sally-Ann.

Each of the videos below tell a different part of the story.

No One Listening, and Love: Patricia’s poems

I Wandered Lonely As An Alcoholic: Adrian’s song